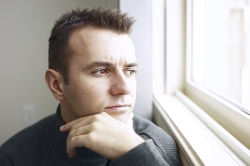 In Washington State, assault is defined by the courts as any unwanted physical harm. To meet the definition of harm, the physical contact does not need to cause an injury or leave a mark. The unwanted contact only needs to be considered offensive by a "reasonable" person.

This vague definition of assault results in numerous Assault in the 4th Degree arrests that might not appear to be serious. However, without an effective criminal defense strategy, these accusations can result in life changing consequences.

Assault Crime DefensesCan I Claim Self-Defense if I was Threatened?

Self-defense can be an excellent defense to an assault charge. However, only an attorney should tell your side of the story.

WA State law allows you to use reasonable and necessary force to protect:

Do I need to have been Attacked to use Self-Defense?

You do not need to be physically attacked to meet Washington State’s definition of self-defense. However, you would need to have a reasonable fear that yourself, another person, or your property were in immediate danger of being maliciously harmed. Your assault lawyer can argue and present evidence that the threat existed and that the amount of force used was not excessive.

For an assault conviction, the prosecutor must prove that your intent was to cause harm. For example, bumping into a person can be perceived as harmful and a person could be arrested for 4th Degree Assault if the police officer believes the contact was intentional. However, if the contact was accidental and you weren’t recklessly endangering the person, your assault attorney could build a strong case for accidental contact.

Is Mutual Combat a Good Defense?

Mutual combat can be an effective defense to an assault charge when there isn’t a serious injury and the other combatant agrees that the fight was consensual. However, fighting by agreement is disorderly conduct in Washington State, which is a less serious crime than assault, but is still a simple misdemeanor. It may still be possible for your attorney to use a mutual combat defense to negotiate dropped charges, a slow dismissal, or a less serious charge.

How Much Evidence is Needed for a Conviction?

No Witness Case - In most assault cases, the only witness is the alleged victim. This can create a “he said she said” situation. While this is a weaker evidence situation, prosecutors in Tacoma, Seattle, Bellevue, Kent, Puyallup, Olympia, and throughout the Puget Sound will still aggressively pursue charges in hopes of a conviction.

Witness Case - When there are third party witness statements in the police report, the statements are often inaccurate and harmful to the defendant. Unfortunately, this can be a stronger evidence situation where the State aggressively pursues a criminal conviction and jail time.

Is the Deck Stacked Against Me?

Without good representation, law enforcement and the prosecutor will build a one-sided and unfair case against a defendant. At Beckwith Law, we do an independent investigation to:

What if I Already Confessed to Committing an Assault?

Even if you have a situation that may appear hopeless, there are always opportunities to mitigate your consequences and reduce the criminal charges. This includes situations where you may have admitted guilt to law enforcement or there is incriminating video evidence. An important part of our job is to demonstrate to the court your positive contributions to the community and history of law-abiding behavior.

When is an Assault Considered Domestic Violence?

If the alleged victim and defendant have a domestic relationship, this is considered domestic violence and a No Contact Order will likely be ordered by the judge.

The No Contact Order can prevent an accused person from seeing their spouse and children, even forcing them to find a new place to live while leaving their property behind. A good assault lawyer can argue against the No Contact Order, file a motion to modify it, and do whatever is necessary to prevent the accused person’s life from being severely disrupted.

Penalties for the Four Levels of Assault

There are four degrees or levels of seriousness that determine how an alleged assault is charged in Washington State. The 1st Degree is the most serious. 4th Degree Assault is the only non-felony assault charge.

There are enhanced penalties if the assault is related to Domestic Violence or if there was a firearm or other weapon involved. If a juvenile is charged with assault, the consequences will be determined by the Juvenile Justice System.

Unfortunately, prosecutors in the Tacoma, Seattle, Bellevue, Kent, Puyallup, and Olympia areas commonly err on the side of charging defendants with a more serious degree of assault. Without a skilled assault attorney in your corner, you may find yourself accepting an unfavorable plea bargain or conviction.

This charge is normally filed if there are allegations that you caused “great bodily harm,” such as a permanent and serious injury to another person. A weapon does not need to be involved. First Degree Assault is a Class A felony in WA State and can result in jail time of 93-123 months for a first-time offender and life in prison for a repeat offender.

However, even something as minor as a couple of stitches or a broken tooth can meet the very serious definition of Assault 2. If there is an allegation of choking or using a deadly weapon, there does not need to be an injury or even a red mark left on the skin.

An allegation of choking or suffocation is probable cause for a felony assault arrest. Assault 2 is a common charge when there are domestic violence accusations, as law enforcement is trained to ask the alleged victim if hands were placed in the throat area.

Second Degree Assault is a Class B felony in Washington State and can result in a prison term of up to 10 years and fines up to $20,000. For a first-time conviction without a weapons enhancement, jail time is typically between 3 and 9 months.

The judge cannot deviate from that amount of jail time unless it is an exceptional circumstance (which is rare). A conviction for Assault in the Second Degree will result in a "Strike" for purposes of the Three Strikes Rule (life in prison after three violent felony convictions). Gun rights and voting rights are automatically forfeited upon conviction and a mandatory DNA sample must be given.

A crime that would normally be punished as an Assault 4 will be punished as an Assault in the Third Degree if the alleged harm was caused to a person while performing certain occupations (law enforcement, transit operator, hospital staff, court employee, firefighter). This charge is commonly filed when there are allegations of assault on a police officer during an arrest.

Third Degree Assault is a Class C felony in WA State and can result in jail time of up to 5 years and fines up to $10,000. If you are a first-time offender and there is not an enhanced penalty for using a deadly weapon, the standard jail sentence will likely be between 1 and 3 months. Community service or electronic home monitoring can sometimes be allowed instead of jail time. A conviction for Assault 3 will result in a loss of gun rights.

If the standards for Assault 1, Assault 2, & Assault 3 are not met, Assault in the 4th Degree can be charged. No injury needs to occur for Assault 4 charges to be filed.

The intentional contact just needs to be considered offensive by a "reasonable person." Since there is often no physical evidence of an assault, being wrongfully accused of Assault 4 is very common.

Fourth Degree Assault is a gross misdemeanor in Washington State and jail time ranges from 0 to 364 days, with fines of up to $5000. A conviction for Assault 4 will result in a loss of gun rights if there is a domestic relationship with the alleged victim.

Depending on the circumstances, the court can force the accused to do several onerous things including but not limited to:

How do I Avoid an Assault Conviction?

All allegations of assault are very serious. You should not speak to the police or make any statements without the presence of an experienced criminal attorney. Unrepresented defendants are often baited into making statements that are taken out of context and later used against them.

At Beckwith Law, we are experienced assault lawyers with offices in Seattle and Tacoma. We have helped thousands of clients avoid assault convictions and jail time.

We fight for clients in the courtrooms of King County, Pierce County, Snohomish County, Kitsap County and Thurston County, including the cities of Tacoma, Kent, Seattle, Bellevue, Olympia, Puyallup and Lakewood, WA.

We can be called any day of the week (including after-hours) for a free consultation.