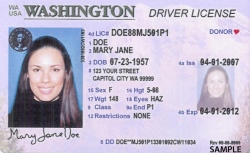 After an arrest for DUI in Washington State, the next steps can feel overwhelming, especially if this is your first DUI. There are important deadlines and common mistakes that you want to avoid making.

Two separate cases are normally filed against you. The civil case is filed with the Washington State Department of Licensing (DUI license suspension hearing). The criminal case is filed in the jurisdiction where the arrest occurred.

You have the right to an administrative hearing before the Department of Licensing (DOL) to dispute the pending driver's license revocation. This is the only opportunity to dispute the mandatory license suspension that occurs after a DUI arrest.

The arresting police officer should have given you a Hearing Request form. This form must be returned with all required information to the DOL within 7 calendar days of your arrest, or there will be an automatic driver's license suspension. If you are a Beckwith Law client, we would handle this paperwork for you, assuming you retain us before the DOL’s deadline expires.

At the DOL hearing, your DUI attorney will present a case for why your driver’s license should not be suspended. Since this is a civil hearing, your attorney can represent you with or without your presence.

A Hearing Officer (judge) will then decide to uphold or lift your license suspension based on the evidence presented and opposing arguments. This decision only relates to the status of your driver’s license and does not impact the DUI criminal case.

In the DUI criminal case, you are required to appear at every hearing, or a warrant will be issued for your arrest. The arresting police officer may have given you a mandatory court date. However, it is more likely that you will be summonsed to appear by the WA State court that has jurisdiction over your case.

At Beckwith Law, over 95% of our clients have their DUI charges reduced or dismissed. Even if you admitted to being impaired at the arrest scene, hope is not lost, especially if this is your first DUI.

Law enforcement is required to follow a highly technical process before they can legally make a DUI arrest. For example, they may lack probable cause to pull you over or they might try to trick you into taking optional field sobriety tests and optional field breath tests.

It is a good idea to have a DUI lawyer that will fight for you and not let your rights be trampled on. Beckwith Law has a proven track record for making DUIs go away in courts that include Tacoma, Seattle, Puyallup, Lakewood, Olympia, Kent, Federal Way, and throughout the Puget Sound.

We can be called any day of the week (including after-hours) for a free consultation.