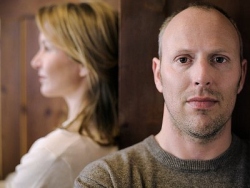 In Washington State, being wrongfully accused of Domestic Violence (DV) is common. Most cases are prosecuted with little or no physical evidence of a domestic crime.

Often, an arrest is based solely upon statements from the alleged victim. The police officer decides (often unfairly) who to believe and then books the other person into jail. This happens in larger cities (Seattle, Tacoma, Bellevue) and smaller ones (Kent, Puyallup, Olympia).

Unfortunately, many alleged victims make false or exaggerated statements to the police during the heat of the moment. These accusations cannot be easily taken back and result in criminal charges that can be devastating to the life of the accused.

Can the Victim Recant Their Statement?

Prosecutors are skeptical when an alleged victim wants to recant or take back statements that may have been made during the 911 call or to law enforcement. The prosecutor has the freedom to charge the alleged victim with making a false or misleading police report, which is a gross misdemeanor. Recanting is a delicate matter that should be first discussed with an attorney.

What if the Victim Does Not Want to Press Charges for Domestic Violence?

The State of Washington is the plaintiff in criminal cases and will often file charges against the wishes of the alleged victim, using statements made to law enforcement and the 911 operator as evidence. An important part of a domestic violence attorney’s job is to build a case for their client, convincing the prosecutor that the State will be defeated if the case were to go to trial.

We understand that there may be strong evidence against you, such as an admission of guilt or strong video evidence. However, hope is not lost and you should not give up your rights by pleading guilty.

In most cases, we can still negotiate the charges down to something less serious. There are many ways that we can be proactive and demonstrate to the court that this was a single lapse in judgement that will not be repeated.

What to Expect After the Arrest

In Pierce, King, Snohomish, Kitsap, and Thurston County, bail is frequently set while the case is pending, even for a defendant who has no criminal history. At the first court hearing (arraignment), a judge will often require the defendant to surrender any firearms as a condition for release.

A domestic violence lawyer should be contacted as soon as possible, as the deck will be stacked against the accused person while they remain unrepresented. Unrepresented defendants often make statements that are taken out of context and later used against them, in addition to subjecting themselves to unpleasant surprises.

It is a good idea to speak with a domestic violence attorney before communicating with the alleged victim. Any type of communication with a protected person can result in an additional criminal charge if a No Contact Order has been issued by the court.

Most domestic abuse charges in the Tacoma, Seattle, Kent, Olympia, Puyallup, Bellevue, and Lakewood, WA areas are gross misdemeanors that are punishable by:

If there are allegations of choking, a case that would normally be charged as 4th Degree Assault Domestic Violence (Assault 4 DV) will likely be charged as 2nd Degree Assault Domestic Violence (Assault 2 DV). Assault 2 is a Class B felony that is punishable by up to 10 years of jail time, loss of gun rights, and a $20,000 fine.

Felony Harassment with a domestic violence enhancement is commonly charged when there is a threat to kill someone with whom you have a domestic relationship with. Felony DV Harassment is a Class B felony that is punishable by up to 10 years of jail time, loss of gun rights, and a $20,000 fine.

A conviction for a Domestic Assault 2 or felony Harassment charge requires that you spend time in jail. Having a powerful DV attorney in your corner could mean the difference between being found not guilty and spending months to years in jail.

Getting DV Charges Dropped or Reduced

Beckwith Law will not only fight for you in the courtroom, but will also provide responsive communication and understanding. Beckwith Law has office locations in Seattle and Tacoma and can be called any day of the week (including after-hours) for a free consultation.